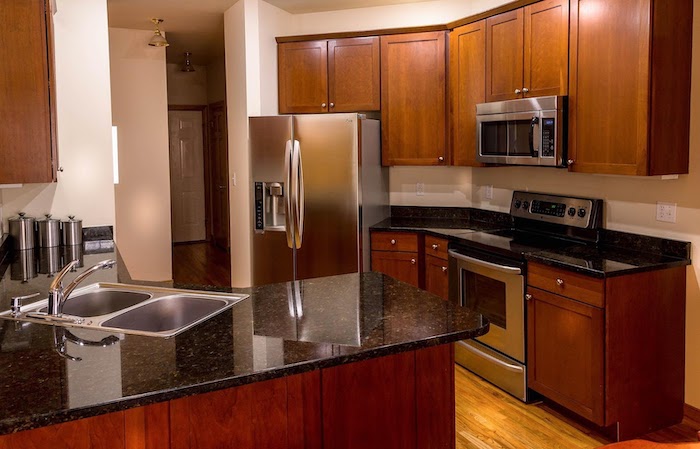 Electrical energy holds a significant role in our daily lives. Most homes,  if not all, use it as a source of energy for their appliances. However, it comes with a cost.

The more appliances are used every day, the more money is spent paying back the energy used. Pennsylvania’s residential electricity rate is 13.75 ¢/kWh, which is higher than the average rate of the country.

One way that we could save energy is to have appliances that spend the least electrical energy. These appliances may be expensive upon purchase, but that cost will be worth it in the long run.

The following are some of the home appliances that save electricity.

Light emitting diodes (or LEDs for short) are one of the best lighting variants so far. It is a type of bulb that saves electrical energy more efficiently than other types. This lighting uses a semiconductor, the diode, to convert electrical energy to light.

What makes LED the most energy saving lightbulb? There are four popular types of lightbulbs used in homes which are incandescent, CFLs, halogens, and LEDs.

Among these four, LED lights, while not the cheapest of the four, have a long lifespan, (therefore not quickly replaceable) and are safer with their less environmental impact, as the other types, especially incandescent bulbs, which may contain dangerous substances such as mercury.

LED light bulbs can last up to more than three years if left turned on all day. But despite that, it consumes the least electric energy than an average incandescent or fluorescent bulb. It also emits the least heat, compared to incandescent and CFLs which release 90% and 80% of their energy as heat.

There are several lighting products that use LED besides for bulbs and lamps. Examples are industrial lights, downlights, and holiday lights.

Nothing cools a room well like an air conditioner does. It is easy to use and convenient overall. However, they eat up a lot of electricity.

According to the Energy Information Administration, 87% of homes in the country use air conditioning appliances. States with humid climates spend hundreds of dollars on the electricity cost of air conditioners alone.

One way to reduce the cost of using air conditioners is to lessen its usage. You may also look for another appliance that can keep you cool while it’s a bit hot. Electric fans make a good substitute for this. These fans are a rotating setup of blades which move to produce wind, and are powered by an electric motor.

How energy efficient are fans? There is a huge difference in the number of watts consumed by fans and air conditioners. Fans consume a maximum of a hundred or more watts, while air conditioners consume thousands of watts.

A lot of money will be spent if air conditioners are used all the time compared to electric fans.

Fans can substitute air conditioners when room temperature is not that hot. There are many types of electric fans such as stand fans, ceiling fans, and exhaust fans.

One of the reasons why we purchase appliances is convenience. We want something that specializes in our needs, and something that doesn’t need a lot of effort to operate. Smart appliances as exactly that. These are the kind of appliances that can activate and be turned off automatically.

Do smart appliances save money? Yes. Most, if not all of them have an energy saving option which lessens the energy consumed by the appliance. Leaving appliances alone while still on is a waste of electricity.

Some of them even still use electricity even when just plugged. What smart appliances do is that they are programmed to turn on and off at a specific given time. If they have an energy saving option, you could opt for that while you use it all day.

There are several kinds of smart appliances. A good example is the heating, ventilation, and air conditioning system, more commonly known as HVAC.

This refers to a whole indoor system of equipment used to control and distribute the temperature of the house. Another popular smart appliances are some kitchen devices such as ovens, dishwashers, and pressure cookers.

Appliances using other sources of energy

A good example of a popular alternative energy is solar energy. It takes energy from the sun and then converts it to electrical current. To get the best experience for this type of energy, you could buy a solar panel which you can install.

Purchasing and installation may be expensive, but helpful for your bills in the long run. You may also buy appliances with built in solar panels. Examples of appliances using this energy are solar ovens, driers, and air conditioners.

TakeawayElectricity has been one of our household needs to get our things to work. As much as we need these, we also should not waste energy as it will cost us more money. We need to be responsible in using our appliances. Try reducing your appliance usage and then compare energy rates to see how much you have saved.

How much will a portable air conditioner raise my electric bill?

Three Elements for Selling Your Home

Adding a second storey to your home: is it worth it?

Kitchen and Bathroom Remodeling – A Technique to Surge Your Sales...