If you are not a professional plumber, there is a high chance you are not familiarized with what plumbing traps actually are. You might have heard some terms such as drum traps, p-traps, s-traps, grease traps and so on, but you were not curious enough to research the subject further.

But the truth is, plumbing traps are deceptively important, an integral part of the plumbing system. And if you intend to build your own home or make renovations, you should at least have all the basics down to prevent any future plumbing disasters.  Here are three plumbing traps mistakes contractors make frequently. 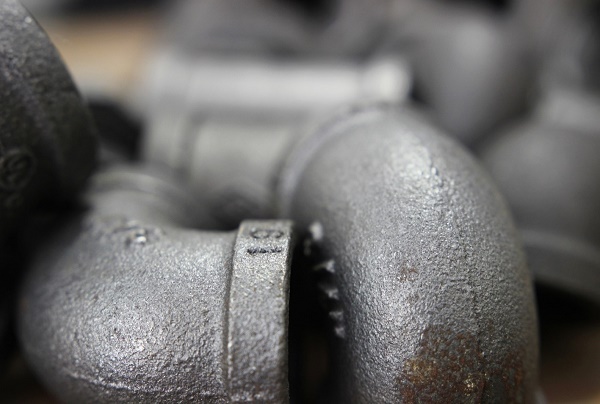 Plumbing traps are special devices that retain a small amount of liquid every time the fixtures are used. The term that plumbing experts use to describe the retained liquid is ‘’trap seal’’. This, in turn, is what prevents the building from getting permeated by unpleasant odors from the sewage system. It also stops various noxious gases and vermin such as insects or mice from entering the building.

If you read more about trap seal depth, you will find out that the trap seal is also used as a guideline to measure the maximum amount of liquid that the trap can retain. The most common type of trap that you will find installed in any standard household plumbing system is the tubular p-trap, which is used for lavatories, kitchen sinks, and laundry sinks.

In other words, a plumbing trap is basically a barrier between the fixtures and the local sewage waste systems. Every single plumbing fixture, from showers, bathtubs, and sinks, must be connected to the sewage system with a trap, otherwise the people inhabiting the building could be exposed to the dangers exposed by waste overflow.

Not Following the Code to the Letter

Obviously, there are many codes that impose strict rules about production and how to properly install plumbing traps. Here are some general guidelines that every contractor or homebuilder must follow:

These are a few code regulations that everybody should follow when installing traps to avoid any serious health hazards caused by improper installation. However, since the trap code is quite dense, contractors might omit some of the rules.

Since drain traps are usually hidden in locations that are out of reach, most people do not think about them too much. But if you take a quick glance around the house, everything starts falling together – the standing water in the toilet is an obvious indicator of the existence of a trap in backside of the WC.

When it comes to the bathroom and kitchen sinks, the trap is placed in cabinet under the sink. Sink traps have a predefined size limit of the objects that can pass through it – this means that while sand, hair and other types of detritus can flush through with ease, solid objects will get stuck in the trap. Therefore, do not panic if you drop a ring or other valuable objects because you can easily recover them by dismantling the trap.

As far as the distance is concerned, there are no code regulations that set an exact interval between the sink drain and the trap. In theory, the maximum vertical distance between the p-trap and the sink drain should be 24 inches (or about 60 centimetres). In practice, there are several factors that have to be taken into account, like if the vent pipe comes with a preinstalled connection to the sink, if the sink has a pop-up drain or if the tailpipe is big enough to sustain a drain mechanism.

Since there are so many variables to take into consideration, many contractors might make wrong calculations and install the traps improperly. And you can never be flexible with distances and lengths because the building can be exposed to many potential risks.

Not Providing Traps with Sufficient Ventilation

Finally, every plumbing system should be equipped with a functioning ventilation system. This rule is especially important when it comes to fixture traps. Poor ventilation might cause traps to blow the water out of the system and damage the structural integrity of the plumbing system.

To avoid this, the drain pipes have to be vented downstream of the trap, so that the drain lines operate in accordance with the atmospheric pressure. It is worth noting that if the trap is installed on a fixture that is not frequently used, the water in the trap might evaporate, breaking the seal and causing all sorts of problems. This is a fringe scenario, but in case it occurs, the code recommends installing a trap primer, a device designed to maintain the water seal by automatically resupplying the traps with fresh water.

Plumbing traps might seem quite niche, something reserved to the true plumbing aficionados. But they are an integral part of the plumbing system that prevent various unpleasant odors and vermin from entering the building. Therefore, it is obvious why every contractor or individual who intends to build a home or make renovations should do the proper research beforehand and make sure they follow the code and install them properly.