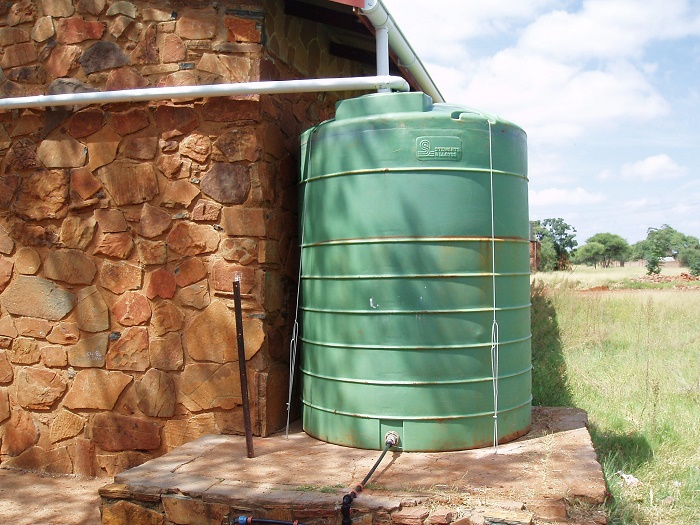 Everyone will probably agree that water plays a role so important that there is no way one can live without it. Thus, it can be said that it is an unfortunate reality that not all people around the world have access to clean and safe water that can be used for washing and drinking. Worse, shortages have been happening in so many parts of the world as of late, and some say the worst is about to come. Fortunately, there is a way to avert what some claim to be an upcoming crisis—rainwater harvesting.

What is Rainwater Harvesting?

Rainwater harvesting, also known as RWH or rooftop harvesting, is a way to reuse rainwater for other chores like gardening and driveway cleaning. The most common RWH method involves intercepting the rainwater that falls on rooftops made of tiles, concrete, metal, and plastic in such a way that they end up falling on rain water tanks. To do that, a number of pipes need to be set up to close the gap between roof and tank.

Once that happens, you can expect the following benefits:

Unlike mains water, rainwater is free to use. Hence, by using rainwater in place of mains water when doing some chores, you can expect a significant reduction in water bills later on.

Pumping water to long distances consumes a lot of energy. Since fossil fuels are often used to accomplish this, it follows that pumping water to faraway locations can cause the worsening of current environmental issues. It also follows that by using collected rainwater for chores, you help in reducing the use of extremely harmful fossil fuels.

As mentioned above, water shortages have been happening in many places as of late, and some say the worst is about to come. Two of the most known causes of water shortage are climate change and extreme strain on the sources of water the supply company harnesses. The latter is caused by the supply company connecting so many customers to each of those sources harnessed.

Since rainwater comes from the sky and not the water supply company, it’s safe to say that the practice helps lessen the strain on your local water supply. This, in turn, can decrease the chances of water shortage happening in your area.

In the case of an entire community having its water sourced from the ground, overpopulation will definitely strain that resource. As such, it makes sense for all of them to have rainwater harvesting systems set in their homes.

Flooding happens when hard rain falls in areas that can be best described as concrete jungles and when rain falls harder or faster than the ground is capable of absorbing. Although a good public drain system can significantly lessen the chances of that exact scenario happening in your area, rainwater harvesting can further reduce the chances of that happening there. This is especially true if everyone living in the area has their own rain collection systems.

Soil erosion is the washing out of topsoil by things like human and animal movement, wind, and rain. It doesn’t sound that bad, but the thing with topsoil is that it contains nutrients important for plants. As such, soil erosion can and will render a patch of land unsuitable for gardening or agriculture in time.

It’s hard, if not impossible, to completely prevent soil erosion. What’s possible, however, is reducing it. One of the best ways to reduce the severity of soil erosion in an area is the collection and storage of the rain that falls on your roof, as water is prevented from ending up on the ground this way.

Rainwater harvesting allows you to grow healthier plants and vegetables. Remember that rain, unlike mains water, is not subject to rounds of chemical treatments, making it 100% suitable for raising plants.

It’s a fact that rainwater harvesting helps ensure water security for those who practice it. With water security comes food security. This, in turn, leads to or at least contributes greatly to income generation.

After all, the money that is spent for the tank and other essential system components you will get back eventually in the form of the money you can save each month (that you can use for other things you are willing to invest in). Let’s not forget to mention the income you can possibly gain directly or indirectly as a result of achieving water security.

How to Maintain a Septic System? Benefits of Getting Septic Tank Services

Home Flooding Clean Up | What To Do After A Major Flood

5 Commercial Renovation Ideas That Clients and Customers Will Love

7 Ways to Deal with Unused Furniture

What is the best bathroom layout?